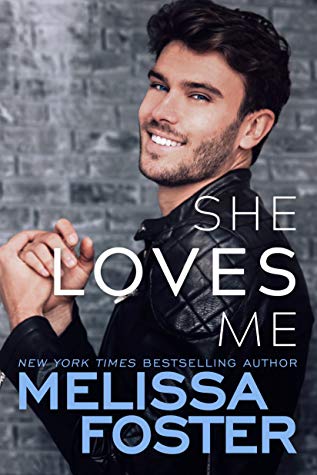 Something is off in Piper Dalton’s life, and she has a feeling it might just be her. All her siblings are blissfully settled with their forever loves. But while her sisters were dreaming of white weddings, Piper was left heartbroken and commitment phobic by her first love, her best friend’s younger brother. As a woman dominating the male-driven construction industry, Piper has no interest in turning in her hammer for an apron—even if hot and hilarious Harley thinks otherwise.

Burly bar owner Harley Dutch has a bum ankle and two preteen nieces to take care of, and having his best friend, tough-as-nails and sexy-as-sin Piper Dalton, come to his rescue is just the remedy he needs. Piper is her snarky self, and she kind of sucks at caregiving, but she’s owned his heart for years, she’s got a way with the girls, and Harley would sure like to have his way with her…

As things heat up between Piper and Harley, she warns him not to fall in love with her because she’ll only break his heart. Harley is the right man for that challenge—until he makes the biggest mistake of his life, and they begin to wonder if true love really can conquer all.

She Loves Me is a friends to lovers rom-com with lots of sweetness and heat. Piper Dalton is a no nonsense kind of gal, independent and in no need to have a man in her life who will try to change her.

Harley Dutch is Piper’s best friend and desperately in need of help. After having an accident and trying to hobble around with a bum ankle while taking care of his nieces while his sister recovers from surgery, Piper pitches in to help them. Harley uses this as a perfect opportunity to try and get out of the friendzone to get her to see that they can be something more.

“I don’t want to change you. I’m willing to wait however long it takes to earn your trust, but I can’t read your mind. You have to clue me in to things sometimes, like what you feel for me. Otherwise I’m just spinning my wheels, trying to guess where your head is.”

Piper was burned badly by Harley’s brother and is basically terrified of giving her heart. She has this notion in her head that she’s not enough. Enough of a woman, enough for someone else, and other dates after have been guys wanting to change her. She’s done with it. So what if her best friend flirting with her is making her hot and bothered and making her wish for more. But Harley can be very, very persuasive.

“I want to be with you. I want to be the guy you come to see at Dutch’s each and every time. I want to go out with you as a couple, with other couples, and do more than play basketball. I want to spend time together at night doing normal things people do when they’re in a relationship, like having dinner and talking about what they want out of life. I want to go out on my boat with you, go fishing and swimming, and make love to you under the stars.”

Harley is so determined to get Piper to change her mind and I love the chase. He’s sweet and funny and caring and has been in love with her forever but Piper is so scared of messing everything up between them. I loved that he works his way into her heart but Piper is so blind and stubborn at times, you sort of want to hit her in the head and make her see what’s right in front of her. This was such a tender love story, an amazing romance with a reluctant heroine and the guy who is serious boyfriend goals. And that ending!!! Squeeee! Love it!! I can’t wait to read more in the series. It’s always great to read series with characters that carry over so I’m excited for more books in the series.