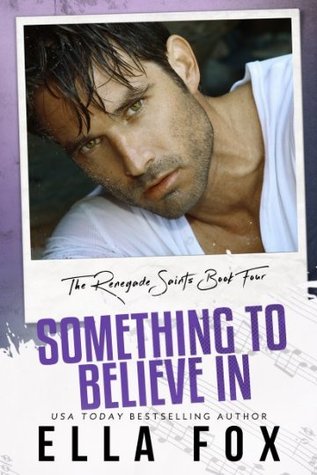 A rock star with millions of adoring fans.
A country girl with a broken heart.

Rock star, Tyson Allen, is the hilarious, in-your-face bass player for one of the world's most popular bands. Behind his funny-guy exterior hides a tragic past full of unbearable horror. After turning to drugs and alcohol to numb the pain, Tyson hit rock bottom on a New York City sidewalk. For several minutes, Tyson Allen was gone--dead. And now, he's trying to rebuild a life he nearly lost. He found a way to move forward and live life—a way he was comfortable with. All was going according to plan until he met the new assistant for his band.

In an instant, everything changes.

Daisy Hammond has a slew of her own tragedies. And the last thing she needs is a crush on one of America's rock legends. But unlike Tyson, her kind and generous heart refuses to push people away. Working with the band isn't easy as Tyson doesn't want anything to do with her. Despite his standoffish and rude demeanor, Daisy can't deny the pull she has for him. Determined to stay away from the bass player with an attitude, she goes about her business without getting in his way. But one night, their desire for one another erupts. Now it's up to Daisy to pull Ty out of his shell before the tour ends and they go their separate ways. Will she find a way to break down Ty's walls before it's too late?

“We were lightning in a bottle, an explosive force that wiped thoughts of anything or anyone else in the world out.”

Oh my gosh, my heart! The last book in the Renegade Saints series finally give us Tyson’s story and WOW! I know he was troubled but I did not expect that background story. It felt like a vice around my heart. While you don’t have to read the first few books in the series, I would still recommend you do because the lead up to this book was so good and these guys are more like family than just band mates.

We are introduced to Daisy, a sweet country girl with her own level of baggage and a perfect match for Tyson. But when they first meet, Daisy scares the crap out of Tyson and he is…well, he’s a straight up ass to her, and it takes some groveling on his part to get back in her good graces. Tyson has serious demons though, and is the story progresses and you learn about his past and Daisy’s, you wonder how they didn’t collapse under the weight of them.

The deep emotions are nicely balanced by the levity of Tyson and Daisy’s overall personality. Both funny, quirky characters in their own ways, and kept the story from being too heavy. I was teary eyed over their losses but I had an almost equal amounts of tears from laughter. That whole “tennis ball” scene had me laughing so hard. Highly recommend the series as a whole and this book.

Tags: Ella Fox, Renegade Saints, Something to Believe In