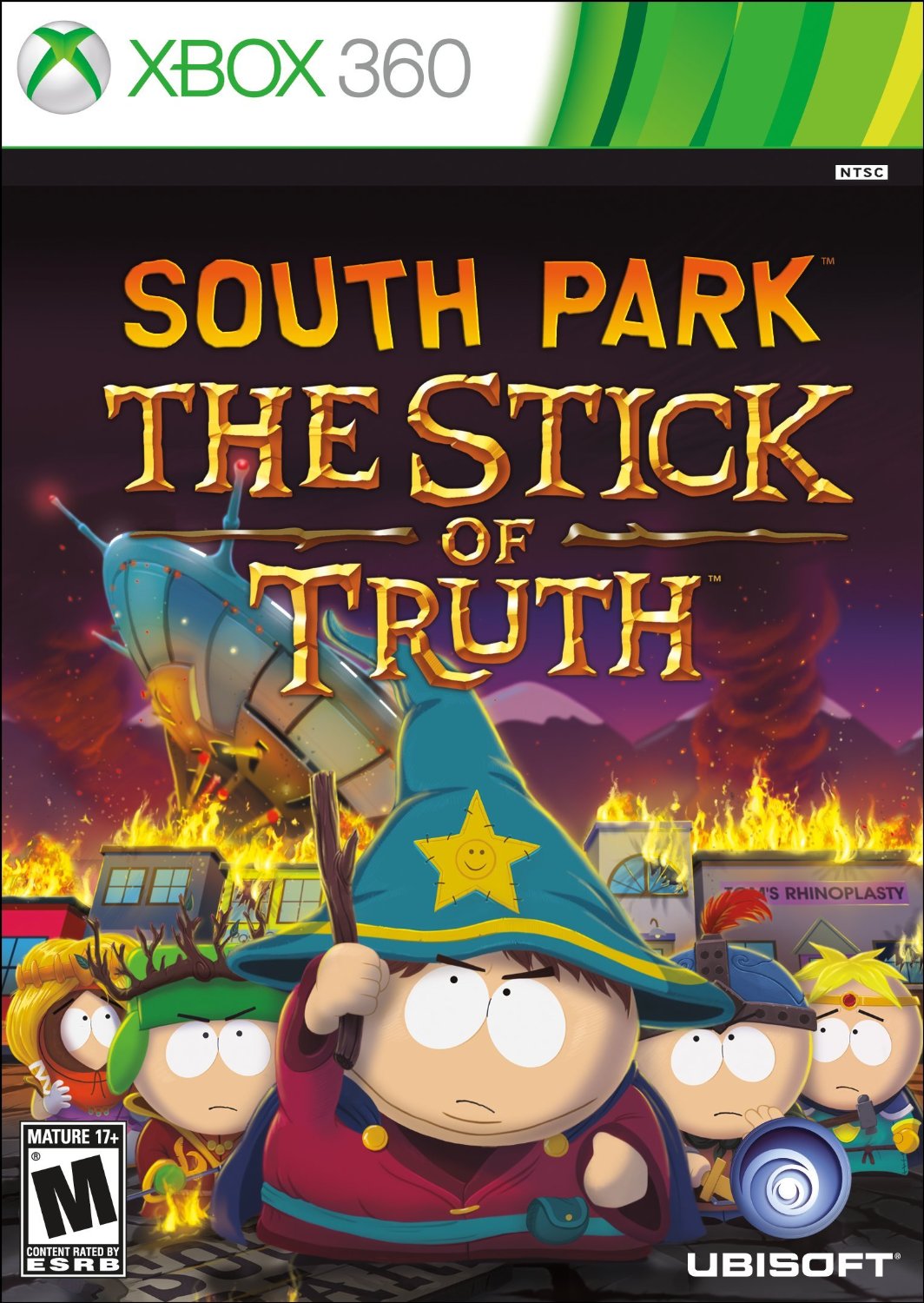 THE DEFINITIVE SOUTH PARK EXPERIENCE: Written and voiced by Trey Parker and Matt Stone, The Stick of Truth brings their unique brand of humor to video gaming

AN EPIC QUEST TO BECOME... COOL: Earn your place alongside Stan, Kyle, Cartman and Kenny, and join them in a hysterical adventure to save South Park

FRIENDS WITH BENEFITS: Recruit classic South Park characters to your cause

INTENSE COMBAT: Arm yourself to the teeth with an arsenal of magical weapons and mystical armor
SOUTH PARK CUSTOMIZATION: Insert yourself into South Park with something like a billion character, clothing, and weapon combinations.

What do you get when the raunchiest, most offensive, most kick ass, cartoon on tv becomes a video game? You get the most fun that my Xbox has ever had. I’m a huge South Park fan and there was no way that I couldn’t not play this game. Just as raw and real as the show, you play as the new kid and customize your character and take on an epic adventure in the town of South Park. Along with a sidekick from the gang (including Kyle, Butters, and some other main characters) you fight alongside them as you rid the town of bullies, zombies, fetuses and Man Bear Pig. Fans of the show will see features of the episodes come to life like finding Jesus, Mr. Hanky the Christmas Poo and Al Gore. I spent hours getting Chinpokomon, finding gear for my character, searching the town for friends and trekking through Canada.

Originally only available on the Xbox 360 and PS3, it’s now available on the Xbox One Arcade store where I’ve already been replaying. To find the missing Stick of Truth, the battle of your life unfolds. A mix of Lord of the Rings, and Game of Thrones, sprinkle some Harry Potter and you get a fun storyline that kept me laughing from beginning to end. I opened up so many random drawers to find junk to sell, that even the junk is funny. Go to Cartman’s mom’s room to find a various assortment of toys. Go to Kyle’s house to find Tom Cruise in the closet. Fall asleep and be shrunk down and have your underwear stolen. The fun never ends.

Graphics are exactly like watching an episode of South Park. Voice acting is, of course, spot on since Matt Parker and Trey Stone are the creators of both the game and show. No glitches found while playing and replay value is high. Certain collectibles are only obtainable once. Miss it and you’ll have to replay to unlock that special achievement. There are also achievements for different conditions in the last boss battle. Play the game, live the game, love the game.