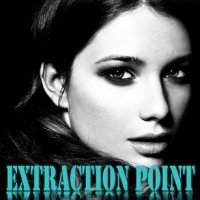 Ricochet: Extraction Point is the final part of a three part serial by Heather C. Leigh which tells the story of Rick, a former marine turned fighter and Quinn, who has run away from an abusive marriage. Book three begins immediately after book two with Quinn having been kidnapped by her ex and Rick frantic […]

Release Date: May 12 I’ve loved him from afar.   Though most times he’s only a foot away.  I’m smart enough to know he’ll never be anyone’s forever. He checks all the bad boy boxes.  Tattoos. Check.  Motorcycle. Check.  Chip on his shoulder. Check check. If he wasn’t my neighbor and friend I may have […]

Release Blitz ~ Ask Me If I Care by Lani Lynn Vale

Release Date: May 12 This is for charity. This is for fun. You are a professional. You can do it. Those are the words that Calloway Alvarez chants to herself as she watches all the large men gather into the small room where she’ll be doing the interviews for her employer—Hero Magazine.Honestly, she’s convinced herself […]