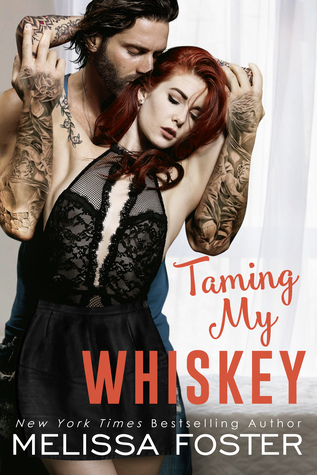 Being the princess of the Dark Knights motorcycle club doesn’t come with a white knight or a fairy-tale castle, and that’s okay, because Dixie Whiskey has never needed a man to slay her dragons or make her whole. Even so, after watching each of her brothers fall in love, she’d sure like a shot at her own happily ever after. But with the Dark Knights watching over her and the only man she’s ever wanted out of reach, she’s not holding her breath.

As the launch of Silver-Stone Cycles’ biggest line approaches, Jace Stone is left needing a favor from the one woman who holds the power to take him to his knees. He knows when it comes to sinfully gorgeous and sharp-tongued Dixie Whiskey, he must stay on his toes and keep his walls firmly in place. But Jace needs her for his business—and Jace Stone always gets what he wants.

When the tall, gruff, and darkly handsome biker presents an opportunity that any other woman might see as the chance of a lifetime, Dixie turns him down flat. But Jace is determined, and he pulls out all the stops—sending Dixie’s overprotective brothers up in arms. Rebellious Dixie takes a stand—going after the freedom, and the man, she’s always wanted. One scorching kiss leads to an undeniable connection, but Jace isn't looking to be tied down, and Dixie refuses to play second fiddle. Can two untamable hearts find forever love in each other’s arms?

Taming My Whiskey is here and we finally get Dixie’s story! Being the little sister to three very alpha brothers and one overprotective father is hard work but Dixie is more than woman enough for the challenge. Sassy, strong, smart and stubborn, she will not let her family push her around and make decisions for her.

Dixie has seen her brothers find their soulmates and she’s tired of them running off every guy and making it impossible to find her own HEA, especially Jace Stone who she’s had a crush on for years.

“Until the other day, I’d only allowed myself to see you as a little sister to your brothers. But I can’t do that anymore. You’re so much more than anyone’s little sister. You’ve gotten under my skin, like a fever I can’t shake.”

Jace is the owner of Silver Stone Cycle and is in dire need of a model for his new line and no one else will do but Dixie. But convincing her to be the face of his new clothing line and calendar while keeping it strictly professional between both of them is harder than it looks. These two have insane chemistry but Jace is not the commitment type and believes that Dixie deserves more than just a fling. He’s been burned once and isn’t willing to let it happen again. But trying to resist Dixie Whiskey is a bet he loses and the two grow closer. But when the photo shoot for the calendar is over and it’s time for her to return home, they both realize that they’ve fallen, but neither one is willing to tell the other.

“I don’t want to be the man who breaks your heart.”
“I’d have to give it to you first,” she challenged with the sexy smirk he saw in his sleep.
Jace knew she was telling stories again, but he was too selfish to walk away. He leaned closer, catching a hitch in her breath, and said, “Lying to yourself again?”
“Maybe we both are…”

Both quickly realize that what they had was more but Dixie isn’t willing to trust that Jace actually wants a commitment between the two and she’s not willing to settle for anything less. The only thing Jace knows is that he can’t get Dixie out of his head and all he wants is a chance and Dixie’s heart can’t refuse a shot at happiness, no matter how long it may last. This couple did not have an easy road to HEA and I loved every second of it. I loved Dixie for her sass and Jace for his alpha sexiness. Taming Whiskey is an entire delight and a fantastic addition to the series. Five sexy stars. 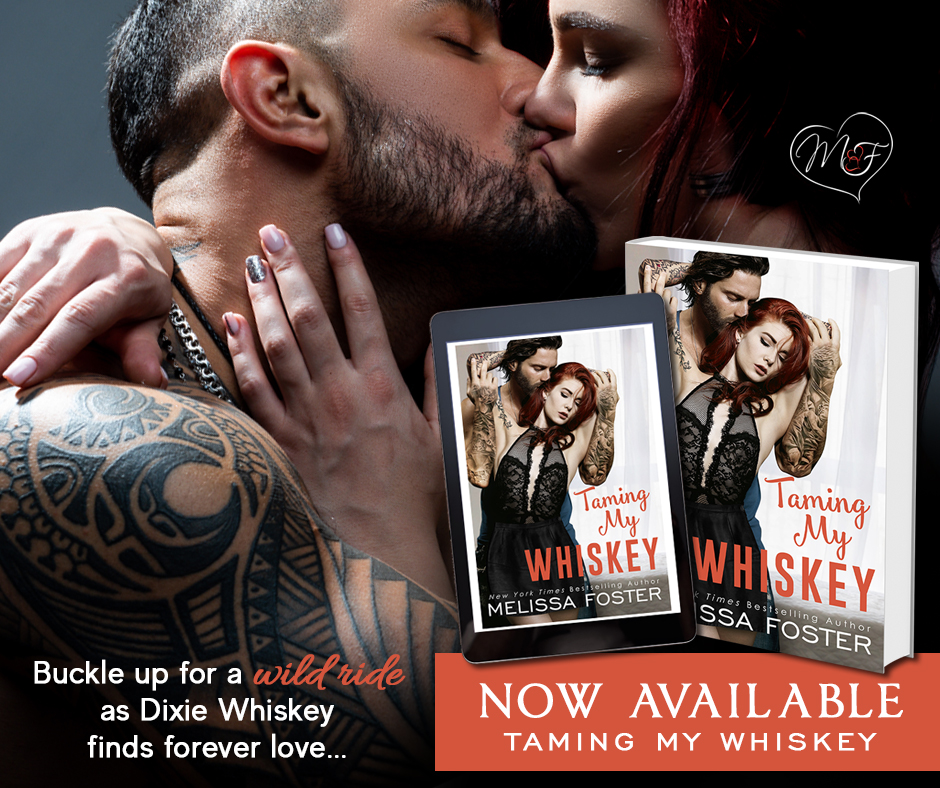