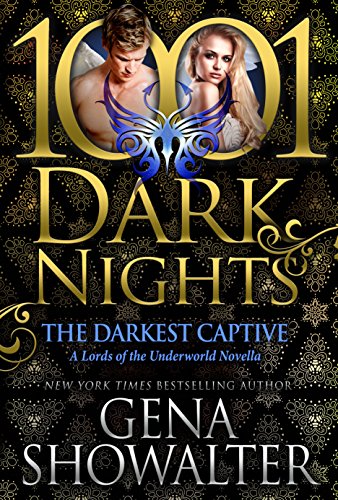 For centuries, Galen the Treacherous has been the most hated immortal in the Underworld. With good reason! This bad boy of bad boys has lied, stolen, cheated and killed with abandon. Possessed by the demons of Jealousy and False Hope, he has always lived for a single purpose: destroy everything.

Then he met her.

Former demon turned human femme fatale — Legion Honey -- sought to kill Galen, but ended up parting with her virginity instead. Afraid of their sizzling connection, she ran away…and ended up trapped in hell, tortured and abused in the worst of ways. Now she’s free, and a shell of herself, afraid of her own shadow.

Galen's hunger for Legion has only grown. Now the warrior with nothing to lose must help her rekindle the fire that once burned inside her. But as desires blaze white-hot, will Legion run again? Or will the unlikely pair succumb to love at long last?

*ARC provided by InkSlinger PR in exchange for an honest review.*

“You are hot as fire, sweet Leila, and I long to be burned.”

Oh my God, is this real? Did Galen TheBadass finally get his story?! Yes! Oh the joy of finally getting this because honestly, I wasn’t sure it was ever going to happen. Galen has been the bad guy for so long, I never thought I would get a story to redeem him. Pairing him up with Legion, after all that she has been through? Again, another story arc I did not think I was going to read. There is a lot that happens to both characters to get to this place. Galen has a lot of wooing to do when it comes to Legion. She’s had her spirit crushed and has been a victim for far too long. Watching these two get together is a hoot. Galen is irresistible and protective of Legion, in his own way.  These two are interesting characters, to say the least and reading about the gifts they give one another is too funny and too perfect.

“Galen the Magnificent died exactly as he’d lived: a heartbreaker.”

If you’ve never read a Lords of the Underworld story, spoiler alert, Galen is the bad guy in their world. Sort of. Each Lord is inflicted with one of the demons from Pandora’s Box and our boy Galen is infected with false hope and jealousy. Makes dating a little hard but he is blessed being gorgeous so not too hard.

“Water sluiced over the butterflies, every ridge of strength, and into the golden happy trail that led to his massive erection. Magnificent beast.”

Yum. *cough* Sorry. I’ll behave. The novella was short and I was surprised that Galen’s would be the one to get a shorter story but I was happy. Gena is a fantastic storyteller and I didn’t feel short changed when it came to these two. There’s lots of action and sex and a new plot twist that will take this series to new places. I am such a huge fan and I can’t to see where this series may go.

“Tell me something. Was I worth the wait?”
“Leila, you are worth everything.”

Tags: Gena Showalter, Lords of the Underworld, The Darkest Captive