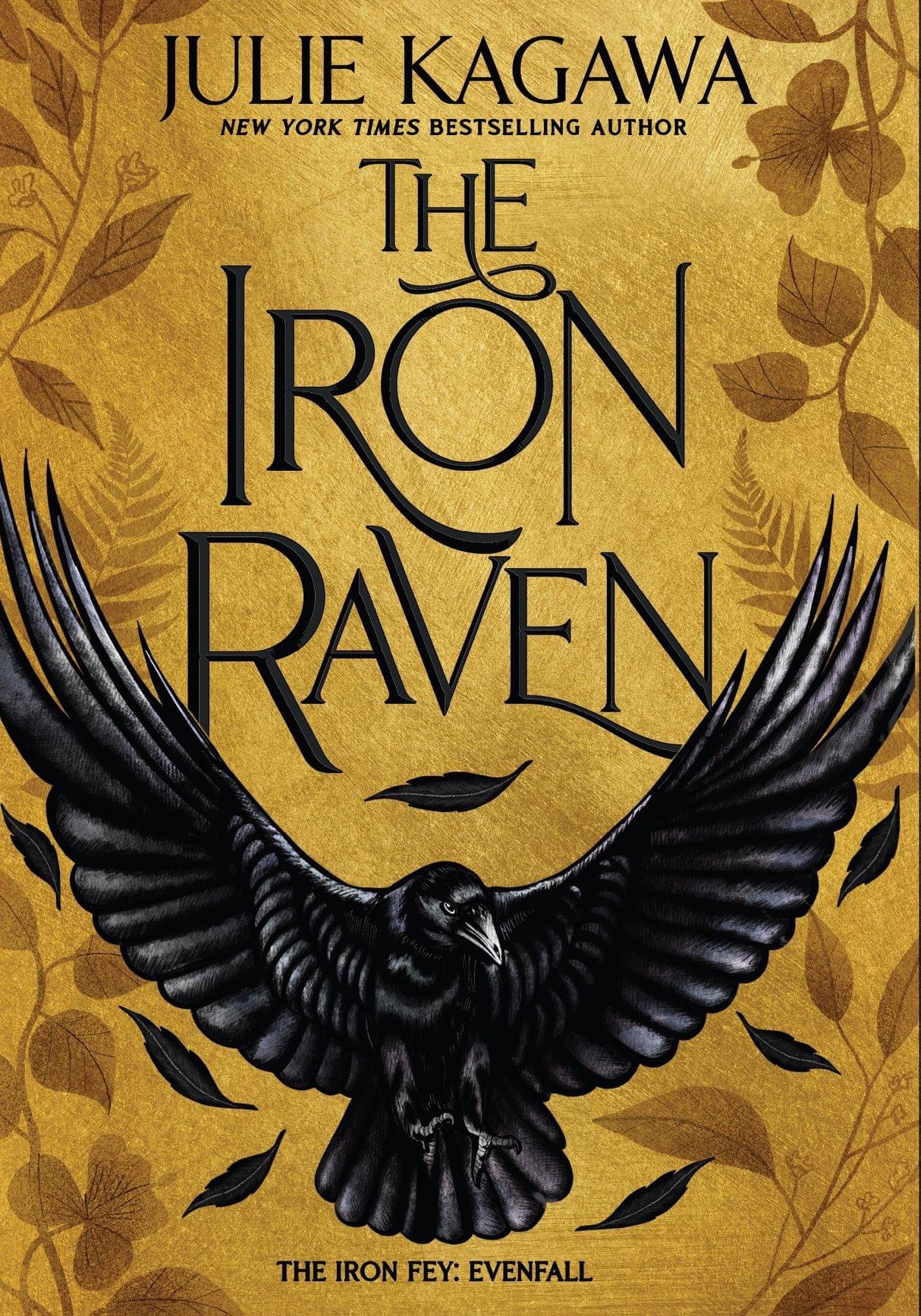 You may have heard of me...
Robin Goodfellow. Puck. Prankster, joker, raven, fool… King Oberon’s right-hand jester from A Midsummer Night’s Dream. The legends are many, but the truth will now be known as never before, as Puck finally tells his own story and faces a threat to the lands of Faery and the human world unlike any before.

With the Iron Queen Meghan Chase and her prince consort, Puck’s longtime rival Ash, and allies old and new by his side, Puck begins a fantastical and dangerous adventure not to be missed or forgotten.

*ARC provided by NetGalley/Edelweiss in exchange for an honest review*

Fans of the Iron Fey series, rejoice. Puck, our favorite trickster, finally has his own book and it’s everything we hoped for and more. If you haven’t read the series *clutches heart in pain* you have been missing out. While the author does a great job in catching up the reader on things you need to know, I would still highly recommend reading The Iron Fey series beforehand since this book will be heavy on spoilers. Plus, you get to meet Ash (swoon).

“Sit down, get some popcorn, and I’ll tell you the sordid tale of how Robin Goodfellow grew a conscience.”
“A long time ago,” I began in a grand voice, “in a galaxy far, far away… Wait, hold up. Wrong story. Lemme try that again.”

Ah, Puck. How I have missed your wit and sarcasm. I never thought I’d ever get a story for him and this book gave me so much nostalgia that I had to reread the Iron Fey series. The Iron Raven takes place years after the events of previous books where we get to live inside the head of Puck aka Robin Goodfellow, a scary and delightfully funny place to be. The Nevernever has been quiet, but underneath simmers a darkness that lurks in the shadows, the likes of which the gang has never had to deal with before. When Kieran, King of the Forgotten, tells Puck of some mysterious incidents concerning the Between, Puck decides to tag along with him and check it out. And when Kieran introduces him to Nyx, I can’t tell you how hard I laughed. The fact that Puck finally meets Nyx, a Forgotten who has never heard of the famous and infamous trickster, his mind is blown.

“And you are?”
“Robin Goodfellow. I’m sure you’ve heard of me.” She pondered that a moment, then shook her head.
“No,” she said clearly. “I don’t think I have.”
“What?” I almost choked on the word. Nyx continued to watch me, completely serious and straight-faced. I waved a hand at an imaginary me off to the side. “Robin Goodfellow. Puck? The famous trickster from stories, poems, and A Midsummer Night’s Dream? The one who gave Nick Bottom a donkey head and made Queen Titania fall in love with him? Everyone knows who I am.”
“Robin Goodfellow.” She made a point of thinking it over for another moment, then firmly shook her head again. “No, I’m afraid it’s not a name I’ve heard before.”

Danger dogs their feet and when something they’ve never dealt with before nearly kills them, it’s soon clear that they are in way over their head and are going to need the help of the royal court and most importantly, the Iron Queen, Meghan Chase and the Winter Prince, Ash.

“I felt a twinge of nostalgia, of familiarity; how many times had I done this— me and my two closest friends, following an annoying cait sith toward an unknown destination? Circumstances would be different, and our allies would change, but somehow, it was always us four— me, Meghan, Ash, and Grimalkin, on a quest to save the Nevernever once again.”

But the danger isn’t only in the Nevernever. Puck has a little…..problem and things just got more interesting. With glimpses of past Puck, his competitive moments with Ash, his beginnings with Oberon, we will get to know more about Puck than we ever have before.

“A very long time ago, back when the world was younger and much less civilized, the name Robin Goodfellow had inspired as much fear as any demon or devil today, but it wasn’t anything I’d want to go back to.”

It brought me an infinite amount of joy reading some of my favorite characters in an all new adventure. It felt like I was getting to see some old friends again. Let me not forget the addition of Nyx, who’s a total badass and has thrown Puck for a loop. Hello, love interest! These two are total opposites, where Puck is mischief incarnate and Nyx couldn’t be any more serious if she tried but it worked so well, and added even more hilarity to their interactions. And that ending!!! Holy mother of hangovers, give me the next book right now! What cruelty to make me wait for another book. I can not wait for book two!

“Sleeping is one of my favorite things to do, after all. And all the activities that come before sleeping as well.”…
“I, too, enjoy the activities that come before sleeping,” she said. “Quite a lot, in fact. Come find me, and I’ll show you what they are.”
And before my eyes, she shimmered, like a beam of moonlight across a glass window, and disappeared. “O-kaaaaaaaay.”