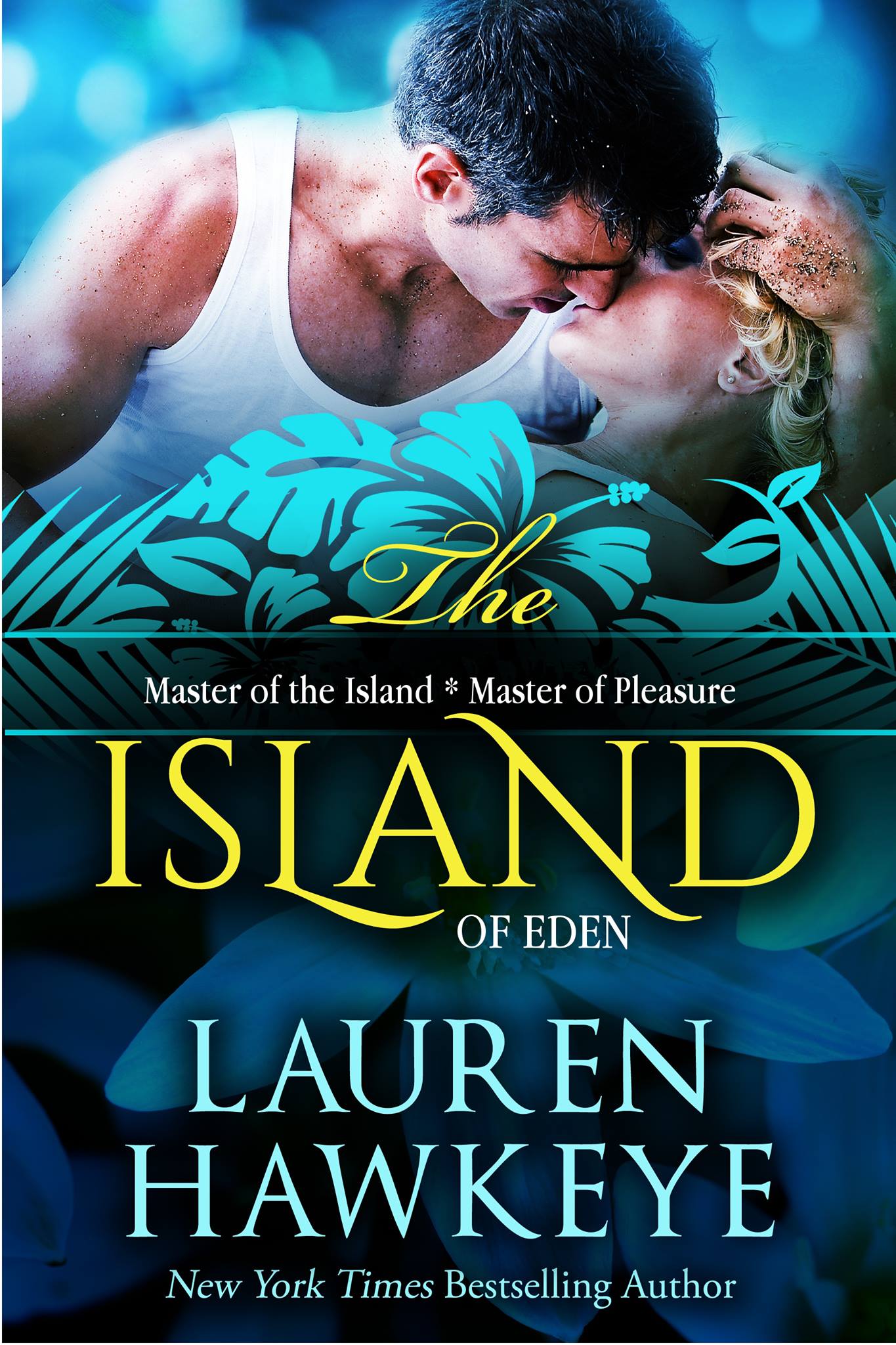 Did you love the Invitation to Eden series and have been waiting for the Master's story? Have you wanted to dive into the series but have been uncertain of where to start? Then The Island of Eden is for you. It features the series' free prequel, Master of the Island, and an EXTENDED version of Master of Pleasure.

If you want to take a visit to Eden, this is your invitation.

MASTER OF THE ISLAND by Lauren Hawkeye
When his life takes a dark turn, billionaire Theodosius Vardalos purchases a deserted island in the Bermuda triangle. It’s accessible only by plane- the better, he thinks, to hide his scars from the rest of the world. What Theo doesn’t know is that the island has an incredible secret, one that gives him hope… hope of future happiness, despite the horrible scars that make him a recluse. Hope to be had in the arms of a mysterious blonde he hasn’t yet met…

MASTER OF PLEASURE by Lauren Hawkeye and Tawny Stokes
Billionaire Theodosius Vardalos has lived on the island of Eden for over ten years. Though his horrific scars have made him a recluse, he has turned Eden into a resort where the lines between fantasy and reality blur... A place where he sees noone face to face, not even his staff, who have dubbed him "Master of the Island". Even as Theo helps fulfill the fantasies of his guests, he waits... Waits for the mysterious woman who was shown to him when he first arrived on Eden. He recognizes Noelle Davis the second the nosy reporter steps foot in his castle... But the dream woman is nothing like he anticipated.

He yearns for her submission. But he wonders... can a woman as beautiful as Noelle truly be happy with a beast?

The Island of Eden contains the prequel and first book in the series and I loved both books. It gives us the origin story of how this magical island came to be and why the Master decided to make others dreams come true. I’ve read many of the books in the series but never actually read the first one until now and can honestly say, it kind of changes how I see the series. It’s even more magical and mystical than I realized it. Theodosius Vardalos is a broken man, heavily scarred after having been burned and left for dead by the woman he believed to love him. Unable to deal with the flinches and stares he evokes every time someone sees him, he purchases a small island in the Bermuda Triangle to take time and heal. He arrives on the island and falling asleep, has a vision of the island, a castle, and the woman destined to see past his scars to the man underneath.

I was riveted by the story and the characters introduced. Lauren Hawkeye and Tawny Stokes are a wicked combination and bring touches of humor and sexiness to the story. It was a short, kinky read that left me with a desire to read the others in the series. I’ll leave you with one quote from the book which total gave me the giggles and just say pick this up.

Noelle “I lean back, then come forward and settle my elbows on my knees. Except I don’t like how much that makes my bell bulge just a bit too much. Damn cool ranch Doritos.”