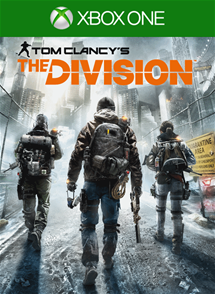 Seamless Multiplayer: The Dark Zone - Collaborate with other players, or attack and steal their loot.
A Living, Breathing World - Use the environment for strategic advantages to dominate fights and ambush your enemies.
Urban Jungle - Fight the Cleaners who wield flamethrowers, take on thugs who roam the city, and encounter enemy factions.
Gear Up and Customize Your Agent - Customize your agent and your backpack. Level up your weapons, gear, and skills.
Cutting-Edge Tech - Choose and upgrade your skills, and synergize with teammates to increase your chances of winning in combat.

Tom Clancy – The Hits, The Misses & The Glitches

Since the release of the beta back in February, I was intrigued by this game. Typically, this isn’t my type of game. I’m more of an RPG, story based player. Give me immersive stories and open worlds like Fall Out or Skyrim, I’m a happy camper. But there was just something about this game that made me look twice. Once I played the beta, I was hooked. New York has become a hot spot for looters and rioters, taking advantage of a post apocalyptic time and trying to take control of the streets. Enter, stage left, are the heroes who have been specially trained and hidden in plain sight until they are called for duty. You are charged with keeping the peace, building up NY and taking back the city. As a New Yorker, I couldn’t say no to this game. There are enough missions to kepp you busy, plenty of side missions, including finding missing agents and random cell phones that people have dropped and listening to their messages. Even seeing people in apartment windows above you, taking selfies and cheering you on is highly entertaining. Looting weapon parts, tools, fabric and electronics is the name of the game and the more difficult the enemy, the better the weapon and armor drops. By the way, as someone who is attached to her cell phone, I don’t buy that many actually dropped them but it works well so to hell with logic. 😉

The game, however, has not been without it’s faults. The fact that the only way to play is being connected to the internet at all times, even if you’re not playing with others, is a massive drawback. Server issues on day one made the game unplayable for many for hours and the glitches continued once you got in. I had to log in more than once just to activate the first mission in game. While playing co-op, my character decided to drop out of the screen entirely, making the mission impossible for me to do. The glitch was so bad, I have videos of chunks of walls that are missing from around Madison Square Garden and being able to see escalators and boxes inside as my partner had to go it alone. Not to mention the number of times that the Delta or Mike error pop up every time I try to log in. Nothing better than trying to start a new game and seeing an error called Mike and going “who the fuck is Mike and why aren’t you letting me play?”

The servers continue to improve but having had a beta release prior to launch should have shown you that your servers needed to be a lot better on launch day. Added to that are the wonderful amount of trolls that were actually able to stop other players from playing by simply standing in front of the door and blocking the only exit. Why someone decides to pay $60 to block a door and be a troll, I will never understand. But it happened and should have been fixed prior to release.

As you level up in game, missions and enemies become tougher to beat, making co-op mode and strategy all but essential at some points. As a matter of fact, as I found myself wandering around the streets on my own, picking off random rioters and helping the JTF with side missions, I was quite bored with the game. It’s just not as much fun unless you’re swearing that someone is running at you with a bat and someone’s got your back when he lands dead at your feet. Or better yet, when you get flanked by cleaners with flame throwers and you both die and can’t stop laughing because the AI just outsmarted the hell out of you. It’s just more fun that way.

Finding the righ weapons is also essential. Use what works for you because while others are happy with a shotgun, and submachine gun, this may not be the best combo for you. I’m happy with a Marksman Rifle and Assault Rifle, and have had an easy time picking off enemies before they realize I’m there. Skills, especially with multiple players, can be coordinated to make life easier. A medic is always a must and I prefer the sticky bomb until I open up areas in the Base Of Operations and unlock more options.

For the brave, the Dark Zone is the place for you. Play against others for the best loot and try not to die before you extract them out. Be smart, have your friends with you and you can come out with the strongest weapons in the game.

It’s fairly easy to get lost for a few hours playing this game, but it’s still too easy to also glitch and be booted out. Lags are still a common occurrence and respawns of enemies in areas that you’ve just cleared are a little too fast. Like, within minutes fast, even if you are still in the general area. Wasn’t that a surprise when I walked into the rioters I had just killed minutes before. Fun.

All in all, with a Season Pass, this game is well worth the price and hassles. I can see myself immersed in this world for a few months, at least.