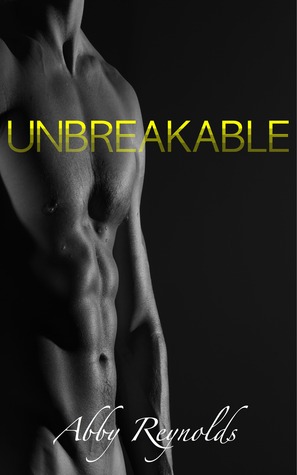 This is the first book that I've read by Abby Reynolds and I really liked it. It's a solid 4 stars for me. I read it in a few hours and I liked that there was no cliffhanger ending although there is a second book which I will definitely read. The chapters bounce between the present and Keira's past and the moments leading up to her lost of trust and fear in men.

Keira is emotionally crippled with a past that she can not seem to escape. She virtually lives in solitude except for her cousin Scotty because she doesn't know how to trust another man in her life. She is broken and unable to see how those pieces can ever be put back together again. She's coerced by Scotty to hang out with his friends and meets Liam.

Liam is a sexy UFC fighter who has never met anyone like Keira. She's a tomboy who knows about sports and likes to play basketball (can you say dream girl?) but who refuses to get close to anyone and uses Scotty as a shield. He doesn't know exactly what it is about her, but Liam sees something in her that makes him want to fight to be more than just a friend. He is so patient, sweet and kind to Keira that her defenses start crumbling slowly.

This is a standalone novel. It is not a cliffhanger. And it is the first novel in the Forehead Kisses Series.
Can there be too many pieces to piece back together?

This is a question Keira faces every day. It’s impossible for her to go anywhere unaccompanied by her cousin, the only person who knows what happened on that horrific night a year ago. The guilt and pain weigh her down every day. Unwilling to open up to anyone and give someone a chance, she lives in solitude.
For her, that’s the only way to live.

Liam struggles with his own demons. After losing someone who means the world to him, he combats his anger and pain on a daily basis. He dives into violence and sex, losing himself more and more. But as soon as he meets Keira, he recognizes the same pain he suffers every day. And he pursues her, wanting to connect to someone who understands.
Keira can’t put herself back together, and neither can Liam. But can they do it together?