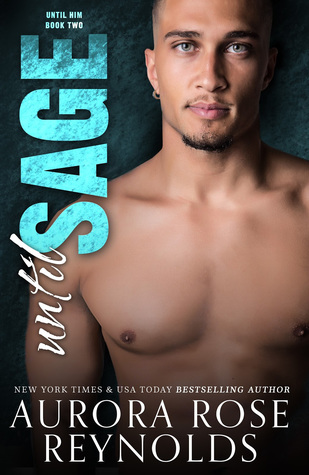 Sage Mayson had Kimberly Cullen once, and the memory of that brief encounter has tortured him since the moment he pushed her away. He should have followed his gut, but he didn’t, and now he’s left watching the woman he wants more than anything from afar.

Kimberly vowed to protect her heart from Sage, but when her sister is murdered and her world starts to fall apart, he’s the one person she finds herself leaning on.

Getting a second chance is something Sage knows is rare. He’s not going to squander the one he’s been given, and he won’t take no for an answer when it comes to making Kim his.

But what Sage doesn’t know is Kim has a secret that could leave them both devastated and heartbroken.

*ARC provided by author in exchange fr an honest review.*

“Science says it only takes four minutes to fall in love with someone. I didn’t believe that was true, until I met Sage Mayson.”

It’s sweet and sexy alpha male, Sage’s turn to feel the boom. That moment when you meet the one and that instant connection is made. But a misunderstanding between the two, and Sage messes up big time and loses Kim’s trust.

“I don’t know how I did it, but I had forgotten what it’s like to have him kiss me. I forgot that I feels like the world around me has disappeared, leaving nothing but him and me.”

Sage does a little groveling wins her back and so commences Aurora Rose Reynolds signature hot, steamy scenes, deep family moments and lovely romance feels. Kim, however, is hiding a secret from Sage that will test the couple.

“It was you. You ruined me for anyone else. You didn’t even know you were doing it, but did it all the same.”

As usual, loved the book and can’t wait to keep reading the series. 4 Sweet Stars

Tags: Aurora Rose Reynolds, Until Him, Until Sage