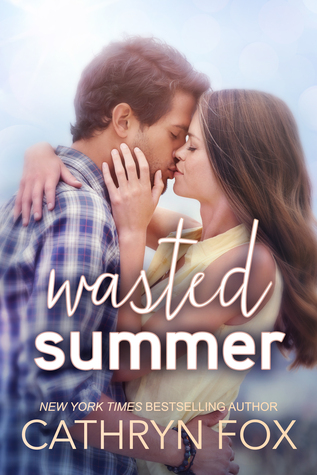 When Broken meets Beautiful. Melody Spencer has a plan: work hard, stay focused and save enough money to get out of Stone Cliff and the rumors that surround her. Wounded and distrustful, she’s learned the hard way that if a guy is nice to her, it means he’s only after one thing. Until Ryeland Montgomery cruises back into her resort town, beautifully protective as he insists they get to know each other better. Ryeland’s future is in the palm of his hands. Problem is it’s the future his hard-nosed father has chosen for him, not the one he wants. Warned by his folks to steer clear of the local girls who will do whatever it takes to escape the sleepy mountain town, he’s always played the good son and kept his distance. Until he sees Melody, sweet yet tough, standing on the road side, drenched and furious—a girl he knows he has to have. Soon this unlikely pair find themselves lost in each other, and after a whirlwind summer of passion and pleasure, he vows to protect her from everything and everyone. But when secrets unfold, Melody is forced to make the toughest decision of her life and Ryeland must determine whether he's wasted the summer on nothing more than a beautiful lie, or if they can move past the deceit and rebuild the wreckage that has become their lives.

Another sexy, sweet, romantic read from Cathryn Fox. It was laugh out loud funny and filled with lots of heat between the two main characters. This is book two in the Stone Cliff series but can be read as a stand alone.

“Okay, let’s do a tally. You think I’m infuriating, wimpy, and…adorable.”
“I never said adorable.”
He shifted closer, craving the heat of her body. “I know, but you’re thinking it.”

All Melody wants is to run as fast as she can away from Stone Cliff and the rumors that surround her. She’s been hurt and had to learn the hard way that if a guy is nice to her, he’s only after one thing. So when sexy Ryeland Montgomery comes back to town and turns her world upside down, is she willing to let herself open up to someone and risk getting hurt?

“Just so you know, now that I know what it’s like to kiss you, I’m never going to stop.”

Ryeland comes home for the summer, his father determined that he take his place with the family law firm, uncaring of what his son wants. He’s always been the good son but he’s unhappy, wanting to be a doctor like those that saved his life as a child. In walks Mel and his whole life seems to brighten.

Ryeland – “I just got my ass kicked for you, and I probably have a concussion. I wouldn’t be surprised if I wandered into oncoming traffic and got run over and this…this is how you treat me?”

Melody – “Are you always this dramatic? Maybe you should take a Midol?”

I swear, there were some points that I could not stop laughing. And did I mention how hot? Melody might be fighting her feelings for him but these two can’t stop the attraction between them. Melody has been badly burned and is terrified of trusting Ryeland. But there is something about him grabs her. He’s sweet and keeps proving to her that he’s not like other guys. But there a huge amount of secrets threatening to tear these two apart and when all is said and done, will they ever be the same?