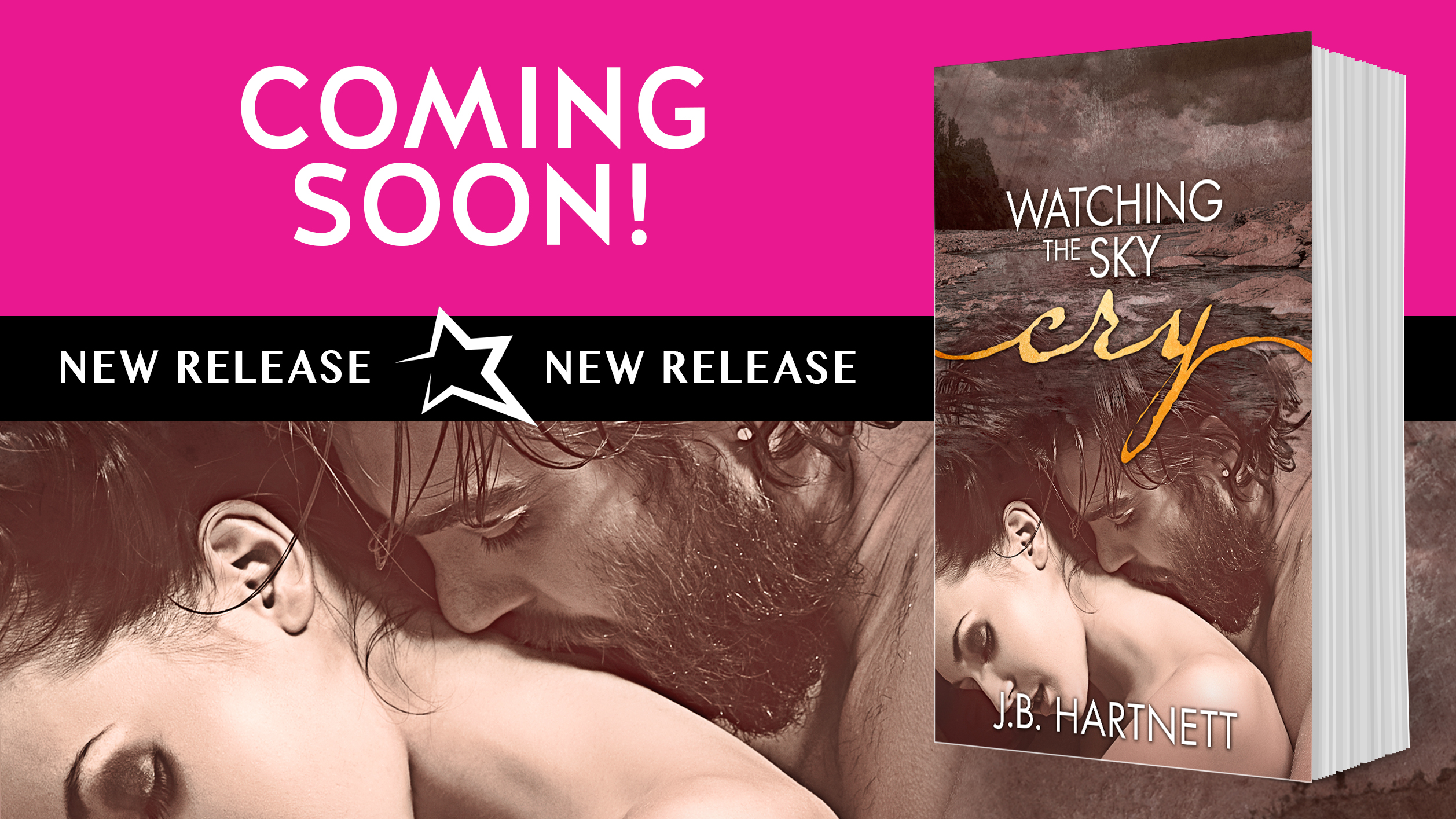 Add to your TBR at: http://bit.ly/2bCJnat

Ten years is a long time when you’re thirty-two. We’d seen our share of ups and downs, but I could honestly say, they were mostly up. That’s the thing about happiness though. It lulls you into a false sense of security.

Neither one of us ever thought we’d ever be touched by crippling loss or immeasurable grief. But not all stories have a happy ending, and I knew, better than anyone, that sometimes, one of you won’t make it till the end. One of you has to go first. And one of you will be left behind to pick up the pieces.

That one is me.

But starting over isn’t what I thought it would be. I need escape from the memories that plague me, remind me. So I went back to where it all began. To the town where I was born. To the place whose beauty could pierce my pain. Where I experienced my first kiss, where I fell in love, where a man was my earth. And I…

I was his sky.

I never really appreciated the businesses open 24/7 until I stopped going out when the sun was up. But I’d come to find this necessity such a relief, I was close to sending the good people at Thrifty Corporate offices a thank you note. I could leave my house at midnight and buy a big-ass bottle of quality gin, a pint of the best mint chocolate chip ice cream in the world, and a jumbo-sized bottle of weed killer.

The guy at the cash register made a point of eyeing my products. So much so, for a split second, I wondered if I’d forgotten to wear pants. He had an obnoxious, patronizing smirk plastered to his face when he asked, “Big night planned?”

His customer service skills left a lot to be desired, and I was in no mood to take shit from anyone. So, I gave it to him honestly.

“Oh yeah,” I enthused, trying to remember if I’d brushed my teeth that day. “First,” I said holding up a single finger, “I’m gonna get drunk. Second,” I continued with two fingers and noticed he was staring at my chest, “I’m gonna murder the plant my husband gave to me.” That’s about the time his eyes met mine again. “And for my big finale,” I patted the tub of ice-cream lovingly, “I’m gonna eat my feelings.”

He had no response, whatsoever, to my smartass comments or manner, so I took my items, leaned in on my elbows, and gave him some solid, retail advice. “You know, it’s just a normal Saturday night for any single girl. Put these three items on a primary end-cap and sales will soar.”

Again, he didn’t find me funny.

I thought I was fucking hilarious.

A few hours later, I was on my fourth homemade Grey Goose cocktail. This consisted of gin and Diet Coke, because these were the things I had in the house. Not to mention the jar of maraschino cherries, which made for a lovely garnish.

Sometime after my third drink, I’d gotten into Nick’s CDs. With cocktail number four in hand, I stood in my front yard, Don’t Stop Believing blaring through the open windows—on repeat—and looked at the mess I’d made. My previous plan for the night was to simply shut my broken heart up by drowning it in liquor, then drowning that plant with poison. I thought…if I killed the plant, I could somehow move on from the pain. But the closer I got to home, my plan morphed into something a little more…sinister. The gin helped, of course, but I had two years of livid, confused emotions I’d denied for far too long, chomping at the bit for release.

I walked into the shed and saw the area dedicated to the care of that plumeria. I filled the wheelbarrow with big sheers and a shovel. My intention to release the plant from the earth was foiled by rock-hard soil which required me to soften it up with a little water. While a shallow pond formed around my flip-flop clad feet, I gave the offensive blooms their last trim and final rites.

“Forever’s a long time, isn’t it, little flowers? I bet you thought that nice man would take care of you until the end of time?” Then I opened the bottle of weed killer and poured it on top of the neat pile of blooms. “Wrong, wrong, wrong!” I said, shaking my head as I bathed them in poison.

I don’t know which one of my concerned neighbors called the cops. But if it had been me, and I knew what happened to that poor woman in the blue house, even if it had been two whole years, I would have minded my own fucking business and hoped she only had one night of power ballads in her

But sadly, no such luck. The flash of blue and red lights in my periphery reminded me what I hated about my neighborhood: around here, no one wanted to get involved in anyone else’s business. No one warned you to move your car before you got that ticket on street sweeping day. Everyone seemed to be suspicious of everyone else. When I was growing up, my brother and I spent summers and some holidays at our aunt and uncle’s place outside of Guerneville. Even now, with Johnny-Law approaching, I recalled how my uncle left in the middle of dinner one night because the neighbor’s truck needed to be pulled from a ditch. He didn’t ask the guy if he’d called Triple A. He said, “Be right there, buddy.” That’s the kind of place I wanted to live. Somewhere with kind, considerate neighbors.

I wouldn’t even think of asking my neighbors for a cup of sugar. Not that they’d answer the door. But this was all good, because these seemingly-small things were the catalyst to change. It was that very moment when I realized I needed to move. Not just from the house, but from Southern California. As soon as the thought drifted into my head, I realized how relieved it would make my parents. They’d watched me go through the motions, but I couldn’t move on if I stayed here. Everywhere I went, everything I did, had some kind of connection to Nick and my life with him.

Finally, I was met with the phrase, “Ma’am, we’ve had some calls from your neighbors…” After that, I tuned out and answered “yes” or “no” to their questions when it was warranted. As intoxicated as I was, I managed to rein in my gin-surliness in order to avoid incarceration. But there was a small crowd gathered on my sidewalk. These same people had likely watched from afar while my life fell apart and did not one thing to offer help.

When I looked at the older couple that lived next door, I moved closer, close enough they’d be able to hear me and anyone else nearby. I used to drop a plate of cookies on their doorstep every Christmas, but not once had they thanked me.

“You’ve seen the entire show, haven’t you?” I asked quietly, not wanting the officer to hear. But the old man just kept hold of his wife and stared beyond me. But I knew he was the “man,” the “husband,” the half-of-a-whole I’d never have again. “You watched from your porch while a black limousine parked in front of my house. You would’ve seen me collapse, wracked with so much pain, my dad and brother had to carry me to the car. I came home to an empty house, stopped answering the door, and never, not once, did you come to offer a kind word. You saw us together,” I whispered. “We should’ve been you…and lucky, you’ve had a lifetime together. Think about that the next time you rob a woman of her grief.”

“Ma’am,” the officer started behind me.

“Shame on you,” I said and walked away.

I went back to my house, ignoring the officer who followed, and walked inside. I turned off the stereo and closed the windows. Then I returned to the officer waiting on my front porch. “I just need to shut the water off, and I’m all done for the night.”

He didn’t seem at all satisfied with my cooperation. “Is there someone we can call for you?” He made a point of looking at my hand. “Your husband?”

Two years… two, and I still hadn’t taken off my wedding rings.

“I’ve gone back to my maiden name, Officer.” I hoped that would be explanation enough.

He looked to his partner and nodded. Whatever that was meant to convey, I had no idea. But he handed me a business card. “If you need me, Miz…”

He closed the distance between us and warily glanced behind him. “If you need me,” he said quietly, “you give me a call. I’m only a few blocks away.”

“I assure you, I won’t have any reason to call.”

Then he stepped a little closer. “Please don’t do anything stupid.”

His words weren’t meant to insult me, in fact, they communicated genuine concern he seemed to feel for a fellow human, and for that, gratitude welled up in me and formed in my eyes.

“I won’t do anything stupid. I promise,” I said and looked at the house, “I’m done here.”

And I meant every word.