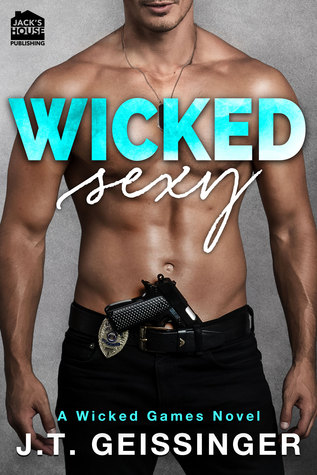 A badass ex-Special Ops officer and a smartass hacker fight a dangerous enemy…and a blistering attraction to each other.

Connor Hughes is an ex-special ops officer, CEO of Metrix Security, and bonafide badass. His private security firm is renowned for its effectiveness. He’s renowned for his lethal precision and iron self-control. But when the former Marine meets a gorgeous young hacker with a mouth as smart as her brain, his control unravels in ways he never could have predicted.

Tabitha West is a genius MIT dropout with a bad attitude, an obsession with Hello Kitty and piercings in unmentionable places. Tabby amuses herself by outwitting the most secure technology systems on the planet. Known in hacker circles as Polaroid due to her photographic memory, she’s as secretive as she is accustomed to working alone. So when Connor decides she’s the only one who can help him catch a cyber criminal intent on taking down one of his clients, she tells him exactly where he can stick it.

But when the cyber criminal turns out to be the Hannibal Lecter of computer crime—and a dark presence from Tabby’s past—Tabby and Connor are drawn into a dangerous game of cat and mouse. They quickly find themselves fighting not only their common enemy, but also an explosive desire that threatens to consume them.

When the stakes are this high and the game this deadly, will falling in love be the most dangerous move of all?

*ARC kindly provided in exchange for an honest review*

I don’t even know where to start with this book. Holy shit!

Yeah, I think it’s totally appropriate to start this review with a swear. I’m in awe that this is my first JT Geissinger book and now want to read everything she’s written. These characters, the plot, the heat! Ack, everything is just epic proportions! I kind of imagine Tabby like Abby from NCIS except even cooler and more hacker and Connor as uber Gibbs. Seriously, I could not get enough of these characters. And if Ryan, Connor’s sexy and overprotective best friend does not get his own book, I may throw a temper tantrum.

“I’m shaken with a sudden certainty that there isn’t anything this woman could ask me, sexual or otherwise, that I could or would  refuse. It surprises me and scares me in equal measure, because it’s new. And extremely dangerous.”

I can honestly say, I do not remember the last time I loved a female protagonist so much. I have a ridiculous amount of highlights in this book, just so that I can go back to my favorite parts but there’s so many, it would be easier just to reread the book and I gladly would. Tabby is sassy and growly and wickedly funny but also vulnerable and sweet and a little weird. I have a girl crush. I can totally admit it.

“I love all her contradictions. I love that she wears sexy , revealing outfits, has tattoos and piercings, swears like a sailor and knows Krav Maga, but a single kiss can undo her. I love that she’s brilliant and bold, mercilessly independent, but manages to make me feel like a king when she blushes. I love all her sharp edges and all her soft, hidden spots.”

Connor is heat, and overprotective and badassery. Ugh! I crushed hard on Connor because no matter how much Tabby tried to push him away, he pushed back because he was not taking any of her shit. These two butt heads in the beginning, to the point that I was giggling over the epic insults they threw at each other. Connor quickly learns that Tabby has layers upon layers, secrets dark and hiding more than her own tattoos cover. When he finally gets under her skin, he’s not stopping until he gets to the bottom of her.

“She sounds, tastes and feels like art, she smells like heaven, she fucks like she’s possessed, and she is the single most perfect woman I’ve ever met in my entire existence on this planet. My final coherent thought is I’m so fucked.”

LOVE LOVE LOVE this book so much, I’m on reread number three. I want to be Tabby when I grow up. This is officially one of my favorite reads of 2016. I’m off to grab more J.T. Geissinger books.