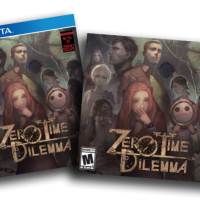 Once upon a time, there was a little unknown game called 999. Having released in Japan in 2009, it made it’s way to the states with little hope of any sales since Japan didn’t realize the gem they had in their hands. Lo and behold, 999 became a hit in the US and gamers were scrambling […]